Dreadnoughts ('dreads') are DPS machines, only surpassed as damage-dealers by Supercarriers and Titans. Only dreads can fit a siege module. Each empire faction has one dreadnought hull:

Following the general theme of the factions the Revelation and Phoenix have a bonus resists. The Moros and Naglfar on the other hand have a bonus to repairs. All of them have a bonus to their intented weapon system.Besides above hulls the following non-empire faction hulls exist:

The single most significant and important module on any dreadnought is the Siege Module. The siege module exists in a T1 and T2 variant and has the following effects when activated:

This section aims to explain some usages of dreadnoughts. It doesn’t aim to be exhaustive and couldn’t be as people always find new applications and some niche cases are not interesting enough. While dreadnoughts are used in PvE (especially in high class wormhole space), it shall not be discussed here.

Besides the siege module the use of dreads is heavily defined by their weapon systems. For each empire faction dread three different types of turrets/missile launcher exist. Short-range, long-range and high angle weapons (HAW). The short and long-range weapon’s application is so low that they cannot efficiently deal damage to sub capital ships. HAWs on the other hand have much better application which is nearly or as good as their battleship counterparts. 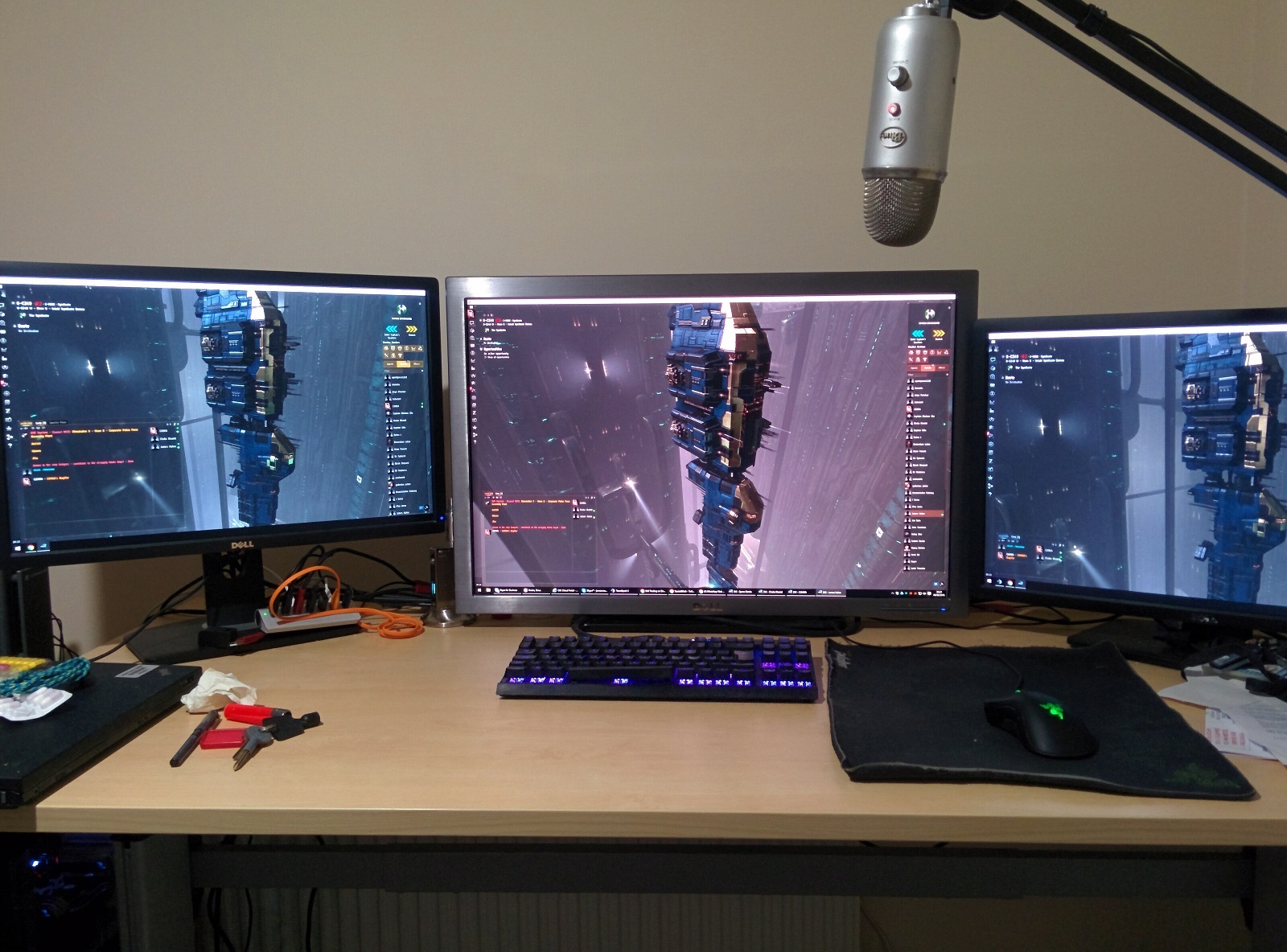 HAW dreads are used to fight sub capitals. You usually fit a local tank to HAW dreads. Such a local tank can typically tank around 10k EHP/s but can go up to as much as 30k EHP/s. Of course, the exact amount varies with the fit. Armor dreadnoughts (Revelation and Moros) must mostly choose between DPS and tank. Shield dreadnoughts (Phoenix and Naglfar) must mostly choose between tank, tackle (warp disruptor) and application (web, grappler, target painter). The typical DPS of a HAW dread is between 2k and 3k with short range ammunition but can exceed that.

The usage of HAW dreads is widely varied. From changing a sub capital fight over QRFs in your own space to even solo roaming. Thus, the exact fits vary a lot, too.

The easiest way to kill HAW dreads are other capitals as it’s not especially difficult to apply more DPS than a dread can repair with a few capitals (exact number depends of course on the capitals and the dread’s fit). Even a medium sized sub capital fleet often has trouble to break the tank of a dread. At the same time, it is a challenge to tank the DPS of a HAW dread in sub capitals especially if it’s more than one. EWAR options are limited through the bonuses of the siege module as it makes a dread immune to ECM and gives resists towards damps and tracking disruption. The usually way to go is to apply energy neutralization which makes the dread tank less.

Anti-capital dreads are usually buffer fitted. The idea is to either end siege and extract before you die or to buy other ships time to kill things. For that you usually fit an Emergency Hull Energizer which increases the hull resist a lot for 16.5 seconds. Thus, buying valuable extra time.

Every big nullsec alliance usually has recommended fits for this case and might require people to use a certain hull. Even if you are not in such an alliance, you can easily find out those fits if you search for dread losses on zkill.

The guns are usually short range to achieve high DPS which is usually at about 10k per dread. Revelations are popular as they can easily switch ammunition and the Scorch ammunition makes it possible to deal high damage even at big ranges. But Revelations are locked into EM/thermal damage. Naglfars can chose their damage but have a bit less tank than Revelations. Moros have the highest damage on paper, but their range is short in comparison with the others.Anti capital dreads can be used in various contexts. From a drop on a single carrier with only a single or few dreads. Over a drop on a FAX supporting a subcap fleet. To big dread bomb to kill super carriers or titans.

Dreadbombs historically have not traded favorably against supercapital fleets with the critical mass to be effective.[1] This means that dreadbombs are deployed either against a single vulnerable target in the hope to extract before help arrives (or dropping enough dreads to kill the target before rescue but not enough to exceed the target's value) or when a super fight is already in progress. This probably also triggered the changes to remote reps[2] and the limitation to FAX cap boosters which reduced the overall repair amount especially for FAXs in big fleets. In the super fights since then, such as M2-XFE, dreadnoughts have not traded well with critical mass titan fleets. In the M2-XFE armor timer, a TEST dreadbomb got destroyed by lance doomsdays from some of the Imperium's titans. In the rescue/extraction fight, a large PAPI dreadbomb was enough to distract the Imperium's titans and cover the extraction of most of the PAPI titans. However, this dreadbomb did not trade effectively against the Imperium. While it accomplished the objective and brought a win for the PAPI side, the cost was several hundred dreadnoughts against six Imperium titans.

For structures with damage caps, dreadnoughts are a bad idea. They will be stuck for long enough that a response fleet with tackle can easily reach the structure and the siege module immobilizes them so that they cannot get away from the response fleet. Carriers are much better for this purpose for other reasons too: they do not require ammunition or strontium clathrates to be effective and they engage from beyond the range of the structure's anti-capital weapons.

This is a rare but deadly strategy used in Class 5 and Class 6 Wormhole engagements. In most cases, this is done using two Naglfars fitted with anti-capital Hexa-2500mm Repeating Cannons, and one Apostle (or other Force Auxiliary), supported by one or more Vindicators, Lokis, and Huginns. The objective of this composition is to use the Vindicator's webs to completely immobilize enemy cruisers and battleships, then target paint them with the Huginn and quickly eliminate them with the anti-capital weapons of the Naglfars (which, while they ordinarily cannot hit subcapitals, have little trouble hitting stationary targets). The Loki and Huginn together are able to apply webs to enemies outside of Vindicator range, and the Force Auxiliary is in charge of keeping the support ships alive under enemy fire. Variations of this strategy are employed both by independent roamers, and by high-class Wormhole groups in major engagements with one another.