Sometimes, I wish I could see electromagnetic waves. It would make detecting EMI much easier. Instead of having to mess around with complicated setups and signal analyzers, I could just look and see what all the fuss is about. While we may not be able to see EMI, we can sometimes hear it when it comes through audio circuits. One possible fix for that kind of interference is a ferrite bead.

Unfortunately, ferrite beads (also called a ferrite choke, ferrite clamp, ferrite collar, EMI filter bead, or even a ferrite ring filter) can be a bit of a mystery. The ferrite core function resembles that of an inductor, but the ferrite frequency response deviates from this functionality at high frequencies. Additionally, different types of beads, such as wirewound ferrite beads and chip ferrite beads, provide different responses to noise reduction. For example, wirewound ferrite beads operate over a wide range of frequencies but offer less resistance in direct current setups. In order to use them properly, you’ll need to understand their electromagnetic characteristics and how they change during use. After you’ve got a handle on the theory behind ferrite bead uses, you can deliberately select one for your circuit board. If you don’t, you could end up causing more problems than you fix.

Ferrite beads are passive electronic components that can suppress high frequency signals on a power supply line. They are normally placed around a power/ground line pair that is incoming to a particular device, such as the power cord for your laptop. These beads work according to Faraday’s Law: the magnetic core around a conductor induces a back EMF in the presence of a high frequency signal, essentially attenuating the ferrite frequency response. Standard ferrite beads can be acquired from specialized manufacturers such as Coilcraft, though certain projects may require customized beads.

Ferrites are magnetic materials, and placing this material in a ferrite clamp around the power supply/ground line allows provides a source of inductive impedance for signals passing through the line. That might tempt you to think of them as a standard inductor, but they’re more complex than that. In reality, a ferrite bead is a nonlinear component; the impedance it provides changes was the load current and voltage drop across the ferrite change. The simplified circuit model of a ferrite bead will help you understand its frequency characteristics. However, keep in mind that these attributes can change as a function of current and temperature.

Load current can change the impedance of your ferrite.

What are Ferrite Beads Used For?

Because ferrite bead impedance is inductive, ferrite bead inductors are used to attenuate high-frequency signals in electronic components. When a ferrite bead choke is placed on the power line connecting to an electronic device, it removes any spurious high frequency noise present on a power connection or that is output from a DC power supply. This ferrite clamp use is one of many approach to noise suppression, such as that from a switched-mode power supply. This application of ferrite beads as a ferrite filter provides suppression and elimination of conducted EMI.

Among the various uses of ferrite beads as filters, an EMI filter bead/power supply filter bead is usually rated for a certain DC current threshold. Currents greater than the specified value can damage the component. The troublesome thing is that this limit is drastically affected by heat. As temperature increases, the rated current quickly decreases. Rated current also affects the ferrite's impedance. As DC current increases, a ferrite bead will 'saturate' and lose inductance. At relatively high currents, saturation can reduce the ferrite bead impedance by up to 90%.

Although a ferrite bead can be modeled as an inductor, ferrite bead inductors do not behave as a typical inductor. If you’re wondering how to measure the behavior of a ferrite bead vs. inductor behavior, you would send an analog signal through the bead and sweep the frequency across several orders of magnitude. If you create a Bode plot for the frequency-swept measurements for a ferrite bead, you’ll find that the ferrite bead provides steeper roll-off at higher frequencies compared to an inductor with similar low frequency behavior.

A simple yet accurate model of a ferrite bead connected to an AC power source.

A ferrite bead can be modeled as capacitors and inductors, and also a resistor in parallel with this RLC network wired with a series resistor. The series resistor quantifies the device’s resistance to DC currents. The inductor in this model represents a ferrite beads primary function of attenuating high-frequency signals, i.e., providing inductive impedance through Faraday’s Law. The parallel resistor in this model accounts for losses in eddy currents that are induced within the ferrite bead at high frequencies. Finally, the capacitor in this model accounts for the component’s natural parasitic capacitance.

Now that you’ve got the ferrite theory under your belt, it’s time to choose one for your device. This is not very difficult, and if you want to know how to select a ferrite bead for a design, you just have to pay attention to a bead’s specifications. You may be wondering, are ferrite beads necessary for my design? Like many engineering decisions, the answer is not so simple. If you know that your board will experience conducted EMI within a specific frequency range, and you need to attenuate these frequencies, then a ferrite bead may be the right choice for your design.

Based on the inductive behavior of ferrite beads, it is natural to conclude that ferrite beads “attenuate high frequencies” without much further consideration. However, ferrite beads do not act like a wideband low-pass filter as they can only help attenuate a specific range of frequencies. You must choose a ferrite bead selection and choke where your undesired frequencies are in its resistive band. If you go a little too low or a little too high the bead will not have the desired effect.

Ferrite beads and ferrite chokes are essentially resistive loads at high frequencies, which means they can cause a few problems in your circuit. When placing a bead you’ll need to think about voltage drop and heat dissipation.

In the days of higher voltage circuits, voltage drop wasn’t a big deal. Now we have lots of low power circuits that can use voltages down around 2 V. At those levels, you can’t afford to lose much. Ferrite beads cause a DC voltage drop in your circuit. It may not seem like much, but if your integrated circuits (ICs) have a short high-current draw state, the loss could become significant. Place your ferrite beads where they won’t cause voltage drop issues. 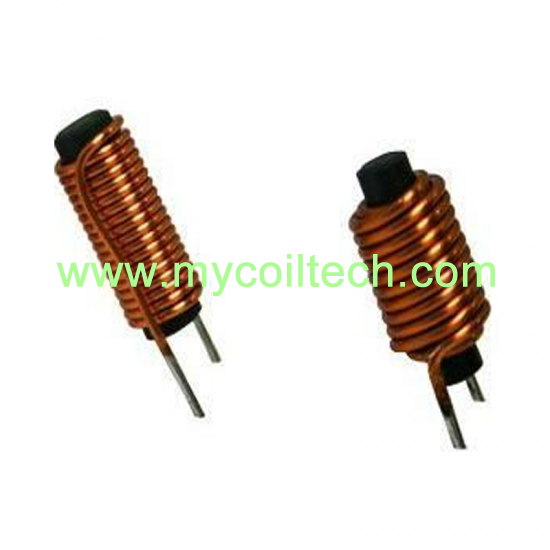 Since ferrite materials are resistive at high frequencies, they primarily dissipate the absorbed energy as heat. This heat isn’t necessarily a problem for your PCB when a ferrite choke is used on a power supply line, but it can become one when it is used to dissipate high frequencies at high current. If your system is especially noisy and the bead will be absorbing lots of high frequencies, this heat could become more of an issue. Make sure to take the bead’s heat dissipation into account.

Ferrite beads can be quite useful, but only if you understand exactly how they work. Remember that they attenuate signals in a fairly small band, and their effectiveness depends on temperature and load current. In order to best use a ferrite bead, you should make sure it meets your exact specifications. Then, when placing the bead, be sure to take voltage drop and heat into account.

We often discuss the importance and function of ferrite beads. If you'd like more info on ferrite beads, check out Everything You Need To Know About Ferrite Beads by industry expert Kella Knack. Drivers imperx sound cards & media devices.

Dealing with things like ferrite beads can be difficult, but designing your printed circuit board doesn’t have to be. Altium Designer® is state of the art PCB design software with tools that can help you build the optimal board. It even has add-ons like the power delivery network, which can help you deal with problems like voltage drop and heat dissipation.

Have more questions about ferrite beads? Call an expert at Altium.