This movie is completely different from its 1973, George Lucas directed, predecessor 'American Graffiti'. 'American Graffiti' was about the celebration of an age and the innocence of youth and it above all was a fun movie to watch. Even though 'More American Graffiti' is more comedy like than its predecessor, it's not halve as fun. Graffiti Verite explores the underground graffiti scene of urban Los Angeles. The documentary interviews 24 graffiti artists and features footage of their bold, colorful outdoor work. The interviewees draw a connection between their work and ancient hieroglyphics and cave paintings and also describe graffiti art as a subversive means of counter.

Multi-Award Winning Documentaries on Urban Street Art and Hip-Hop
are now Screening Online
Los Angeles, CA-- Award-winning Filmmaker Bob Bryan has just announced that his Graffiti Verite' Documentary Series has just been released for DVD chapter on-line viewing on his website www.graffitiverite.com. The widely acclaimed Five (5) Part, One-of-a-kind series explores the eclectic world of contemporary youth, Hip-hop and the Graffiti Art Movement.
The DVD chapter screening format makes it easier for Educators to present specific Lesson Plans for their students. In addition, the online screenings will allow cash-strapped school districts the opportunity to use the programming without purchasing the public performance rights and the documentaries . 'This technology presented me with an opportunity to give something back to the community, and at the same time continue my mission to educate others in the language amd raison' d'être of 'Urban Hieroglyphics.'
Graffiti Art succeeds as underground counterprogramming which is aimed at the same target audience that the
powerful Madison Avenue Mass Media is directed at, albeit with a decidedly different message. It's is like a virus
that has penetrated every level of our consciousness. Unlike most viruses however, you cannot detect its presence until it's blown up. Folks are ignorant about Graffiti Arts history and power, says Bryan. 'Graffiti Art is a direct expression of Societies' psychological state of mind, it's an 'in-your-face' sign of our times!'
According to Bryan, never before in history has there been such an art movement that has impacted so many people on a worldwide basis. Graffiti Art is both loved and hated and it's freely given away to the anonymous public. The walls are visually screaming loudly and we are ignoring its significance. If your child were yelling at the top of their lungs in the next room, would you ignore their agonizing screams? I don't think so..

Bryan believes that as a culture we cannot afford to be so blind, not to read the 'writing on the wall.' The canvas walls of our city streets are being used like newspapers uses paper, to tell the story of the people's daily struggle and search for identity. Of course, this controversial public art dialogue is articulated with allot more flavor, attitude, passion and conviction. We study hieroglyphics and cave writings to try to understand its connection to it's culture but somehow we choose to disregard the messages being blasted loudly and in 3D on today's graffiti filled walls. It doesn't make sense.

Because of the overwhelming demand to see the National Educational Media Network 'Gold Apple' award winning series, I've decided to make it available, via home computer. So many people are watching movies on their home computers now ; it was inevitable. The quality of the technology is at a place where I see no reason why I shouldn't make the viewing of the series more convenient for Artists, Teachers, Art Administrators, Students and Youth Service Experts, explains Filmmaker Bob Bryan. 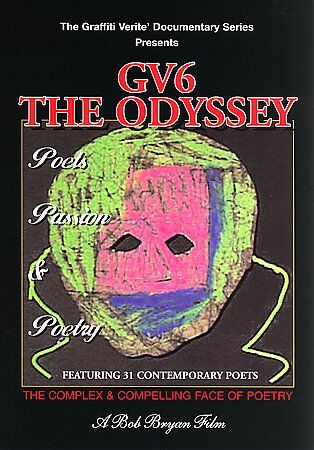 With a simple click of a mouse, viewers can simply watch the GV Documentaries as 'Streaming Video' and
not have to download anything onto their computer. This 'true streaming' architecture actually adjusts to viewers'
connections as they watch movies. Thus, 'true streaming movies' play in real-time with no delays for downloading. 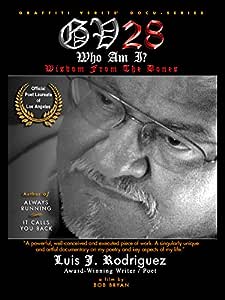 'The strength of your Documentary is that you focus on the commentary of the artists..to understand their thinking and what motivates them is really important to an appreciation of this art form.'
The Museum of Contemporary Art, Los Angeles CA

The Bassoon King chronicles his journey from nerd to drama geek ('the highest rung on the vast, pimply ladder of high school losers'), his years of mild debauchery and struggles as a young actor in New York, his many adventures and insights about The Office, and, finally, Wilson's achievement of success and satisfaction, both in his career and spiritually, reconnecting with the artistic and creative values of the. About The Bassoon King. Rainn Wilson’s memoir about growing up geeky and finally finding his place in comedy, faith, and life. For nine seasons Rainn Wilson played Dwight Schrute, everyone’s favorite work nemesis and beet farmer. Viewers of The Office fell in love with the character and grew to love the actor who played him even more. Rainn wilson the bassoon king. “There have been numerous studies suggesting that one of the most effective ways to reduce. Rainn Wilson — best known for his role as socially awkward Dwight Schrute from The Office — joins Shad to discuss his lesser-known religious convictions.

'The minority artists are so well represented and come across with such integrity, intelligence, and cultural and artistic knowledge. This will do a great deal to help dispel the usually wrong impression that Graffiti Artists are anti-intellectual and unaware of anything other than their own wish to express themselves..'
Andrew Connors, National Museum, Smithsonian Institution

'This well-produced examination of an underground art form, explained by the artists who created it will add a new dimension to art classes and to library video collections. We recommend its use in High Schools and College Art Classes.' School Library Journal

'A must-see video to understand what is happening to the inner world of today's Urban Children.'
Wisconsin Bookwatch
Bob Bryan is an Multi Award-Winning Independent Filmmaker living in Hollywood California. He is currently Executive Producing The New China Project: A New Understanding, shooting on location in China, and a series of Entertainment and Educational Interstitials whose content is aimed specifically towards transmission distribution on Cellphones and other wireless handheld devices. Bob is represented by WirelessDeveloper Agency.com (http://www.wirelessdeveloper.com)
Editors interested in reviewing the Graffiti Verite' Series On-line, please contact Loida for special access codes:
Tel: No.: 323 / 856-9256
Fax: 323 / 856-0855
Email: [email protected]