The shiny new M&M Deluxe Heroes Handbook landed on my desk with neither a bang nor a whimper last week, mainly because I bought the PDF version and they don’t tend to make a noise no matter how far you drop them.

If PDFs did make noises though, this would have arrived to the sound of the 1812 Overture played in a minefield by Very Nervous Musicians. New superhero role-playing games (and updates to existing ones) are quite a big thing here at Greywulf Towers, and Mutants & Masterminds is about as big as they come. We like them, yes we do.

There are four questions which any half-decent review of this tome should address:

Technically there’s a fifth question of whether to get the PDF or print edition, but that’s something you can only answer for yourself. You can pre-order the print edition directly from the Green Ronin Store for $39.95 and get the PDF for $5 more. As it’s a pre-order offer I think the PDF should have been included for free as a bonus, reverting back to the $5 offer after the print edition is generally available, but that’s just me and I’m a cheap bastard at the best of times.

The Deluxe Edition PDF is currently $20 from RPGNow, as compared to $17.50 for the not-Deluxe edition (which was, incidentally, available as a free download during the last Free RPG Day). For the difference of 250 shiny US cents (or regional equivalent) the Deluxe Edition packs in a decent amount of additional content. The page count rises from 233 pages to 321, an 88 page increase. That works out at just 2.8 cents per page for the bonus content. Not too shabby at all.

The artwork in the main is repeated directly from the standard Heroes Handbook with new (or at least, recycled from other products) art in the new sections. Oddly enough some of the original pictures from the base Heroes Handbook have been redrawn by different artists with varying degrees of success, presumably because the original artwork was licensed only for use in that book and couldn’t be reused in this one. It’s something I only noticed when comparing the two side by side, so it’s not a glaring alteration. Let’s face it though – if you’re going to buy this for artwork alone you’re going to get the DC Adventures Heroes Handbook instead as that’s the exact same rules but set in the DC Universe with awesome DC artwork throughout. 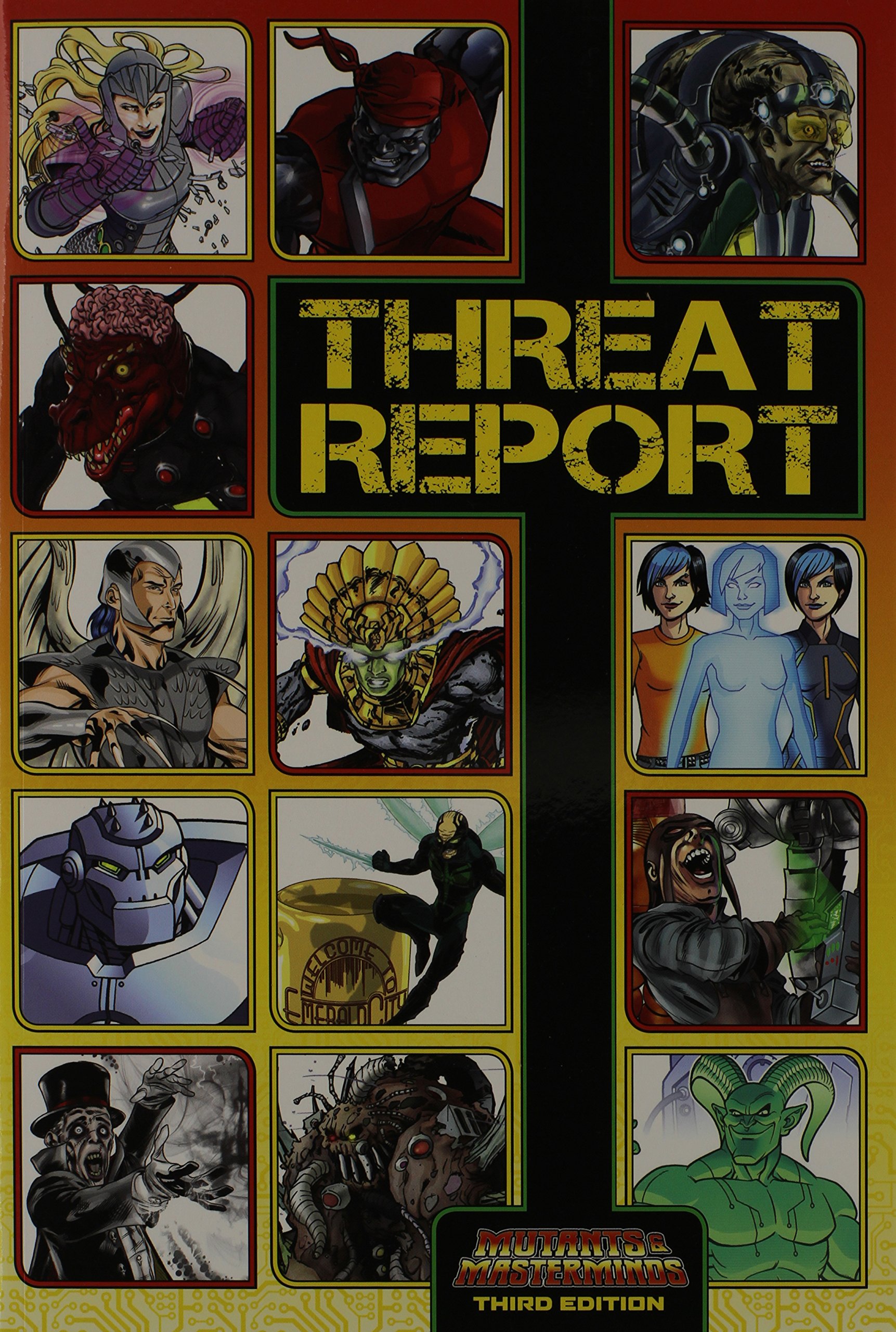 The most useful addition to the Deluxe handbook is the inclusion of the Quickstart Character Generator. This is an updated version of the one which was originally included in the Gamemaster’s Kit, and adds in a few more options and powers for some of the archetypes, adds clearer instructions and fixes any bugs in the process. I’ll be giving this updated Quickstart Character Generator a thorough run through its paces in an upcoming post but suffice to say that it’s a very welcome addition to the core rules and of use to players and GMs alike. Being able to quickly generate a one-shot villain using the Quickstart Generator is a godsend!

Also included in the Deluxe edition is an overview of both Emerald City and Freedom City, providing two possible bases of operations for your games. These are little more than two-page summaries for both and lack stats for any of the NPCs, Heroes and Villains mentioned in the text (beyond those in the adventures, below). I would have preferred the book to contain just one or the other (preferably Freedom City) and provide more usable stat crunch as well. As it stands both read more like two-page flyers for the settings rather than anything of actual use.

Far more useful are the two included adventures with Ghost Town (set in Emerald City though perfectly usable in any setting) facing off against supernatural threats and Time of the Apes (set in Freedom City) pits the heroes against…. you’re ahead of me, right? Both are stonking adventures offering several sessions’ worth of play each, and have full stats for villains, lesser villains, minios, cohorts and NPC superheroes. Of the two adventures I prefer Time of the Apes (at least on first readthrough) as it suits my four-colour sensibilities and there’s plenty of reuse for the locations, maps and characters. As you’d expect, Ghost Town is a slightly darker affair and the two do a great job of showcasing two of the many ways in which M&M can be played.

So that’s the differences between the Deluxe and not-Deluxe editions, but is it any good? If you don’t already own a copy of Mutants & Masterminds this is a great new release of the game. With the inclusion of the Quickstart Generator in addition to the pre-built Archetypes as well as unlimited customizable build-it-yourself options this is a book which positively falls over itself trying to make a character generation option that is appealing to everyone. It’s perfect for “hurried guy needing a character 10 minutes before the game starts” as well as “immersive role-playing who spends his weekends fine-tuning the perfect build for his superpower”, and everything in between. 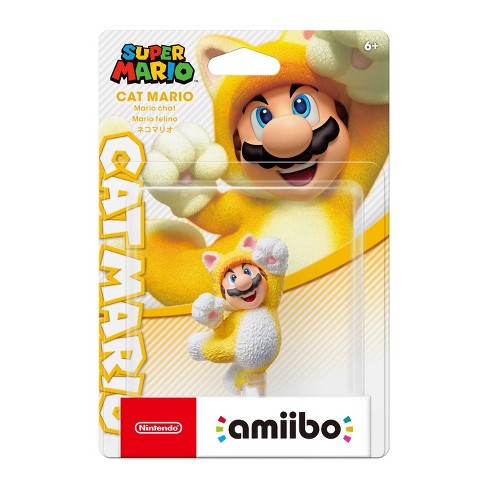 For my money the M&M system stands head and shoulders above any other superhero (and non superhero, for that matter) rules engine. It rewards Actual Role-Playing through the Hero Point mechanic and allows the players to participate in shaping the game environment both in and out of play. Combat is fast, fluid and the rules do a great job of simulating all aspects of comic-book battles, from epic world-spanning conflicts to one second silent takedowns. I’m quite fond of this system and have already written far too much about it in the past, so I’d just be repeating myself by trying to review Mutants & Masterminds itself. I like it, a lot.

If you already have the Heroes Handbook, the question shifts to whether the additional content is worth an extra $20 in its own right. You do get the latest up to date copy of the rules, and if you don’t have the GM’s Kit (which already contained the Quickstart Character Generator) then $20 for that and two new adventures is still great value. If you do have the GM’s Kit then this still offers an updated version, though it becomes less of a sure sell.

Me, I say buy it regardless. It’s a great book written by people who truly understand and love the superhero genre. 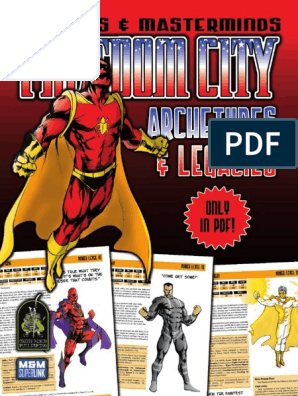 Since 2002, Mutants & Masterminds has earned its title as the World's Greatest Superhero RPG, inspiring countless game sessions and winning many awards for excellence. The Mutants & Masterminds Deluxe Hero's Handbook is the revised and expanded core rulebook of the game's Third Edition, detailing everything you need to have your own superheroic adventures. The character creation system lets you make the hero you want to play, choosing from a wide range of skills, advantages, and power effects. Customize your hero's powers with modifiers to create an almost endless range of superhuman abilities. The Deluxe Hero's Handbook includes a Quickstart Character Generator and two brand-new adventures.