Background Information: The original McBride Elementary School was built in 1966 and dedicated to the memory of CPT Morris R. McBride, who gave his life in Vietnam and was posthumously awarded the Distinguished Service Cross for his heroic actions. A rededication ceremony for the original building was held in 2006 to renew awareness of CPT McBride's service and to re-establish ties to the McBride family.

The new Morris McBride Elementary School was opened in July 2016. This facility is a state-of-the-art, 21st century facility holding over 600 students and about 70 staff members. The layout of the building is open and welcoming with an abundance of natural light in all areas. The grade level areas are 'neighborhoods,' the classrooms are 'studios,' and each neighborhood has a common area called the 'hub.' Students and teachers move through the day working in large and small groups based on curriculum needs and student achievement data.

Helens School District will begin the school year on September 8 with parent-teacher conferences for families to meet teachers and explain the instructional model and digital tools. Our goal is for families to have control and choice about the best “school” option for their child.

As part of being a 21st century school, the new building has higher environmental standards. It is 30 to 40 percent more energy efficient than a school the same size. We plan to achieve the silver rating from the United States Green Building Council Accreditation for Environmental Stewardship. The school itself is a teacher tool for science, technology, engineering, and math standards with a focus on energy conservation. The new McBride School cost approximately $32 million dollars to complete.

Teachers have a common office area in each neighborhood that helps facilitate the constant collaboration the teachers engage in. Each teacher teaches each student in a grade level. As one teacher said of her students, 'They get the best of all of us!'

The ribbon-cutting ceremony for the new McBride School was a moving experience. CPT McBride's widow and family were able to attend. The speakers at the ceremony, including DoDEA Director, Tom Brady, and DoDEA Americas Southeast Superintendent, Dr. Christy Huddleston, expressed pride in the school and deep gratitude to the family. The original building dedication had been fifty years earlier, and DoDEA again promised to keep the memory of our hero, CPT Morris R. McBride alive for future generations. Inside the main hallway of the new facility is CPT McBride's picture along with a description of the Army Values he exemplified. Students are challenged to show how they can exemplify the Army Vales as they work together each day.

When the family of CPT McBride came through the front doors of the school on the day of the dedication, bystanders were moved by what an emotional experience it was for them. Greeting the family was a 2-story high picture of their Morrie, who continues to inspire the students, and faculty of Morris McBride Elementary School to excel at whatever they decide to do.

A 1957 graduate of the United States Military Academy, CPT McBride came to Fort Benning for the Infantry Officer Basic Course before heading to Italy to serve in the 52nd Armored Infantry Regiment. He returned to Fort Benning for the Infantry Captain's Career Course and then volunteered for duty in the Republic of Vietnam. While serving in Vietnam, CPT McBride was an advisor to a Vietnamese Ranger Company. In April 1964, during an attack, the Vietnamese commander was wounded, and CPT McBride assumed command. Using makemkv and handbrake. Under heavy machine gun and mortar fire, CPT McBride stayed with the covering force and was the last to withdraw after directing the company through successive positions. During the withdrawal, CPT McBride stopped to give assistance to the wounded Vietnamese commander and was then mortally wounded. For his courage in bringing the company back to safety with no regard fro himself, CPT McBride was posthumously awarded the Distinguished Service Cross.

CPT McBride lived a life which exemplified our Army values. His love for learning, his care for children, and his commitment to selfless service make Morris McBride an ideal namesake for our school. Read more about CPT McBride.

On November 17, 2006, our school was rededicated in memory of CPT Morris R. McBride after 'Forty Years of Excellence.' This important day, which allowed us to reconnect with our past, was a time to hold up the life of CPT McBride as an example for all of us to follow. In this ceremony, our principal, Mrs. Phyllis L. Parker, pledged to give our students every opportunity to remember the man for which our school is named and to give our students every opportunity to practice the Army values, the values by which CPT McBride lived his life.

The students of our school have learned about their hero. They had a 'Curious About Morrie' Day November 7, 2006. CPT McBride's friends called him Morrie, and through those friends, the students learned that Morrie was an athlete, an adventurer, a skydiver, a musician, and even a singer who loved to learn about foreign cultures and customs. It was an opportunity for the students to understand more about Morrie McBride.

We Educate, Engage, and Empower each student to succeed in a dynamic world.

We aspire to provide an environment for student excellence in academics, behavior, and leadership that result in lifelong learners who contribute to a global society.

Army Values - Our Values, Too!

The overall school PLC Rating Score on the Shared Vision Indicator will move from the implementation level of “Implementing” in SY 17-18 to “Developing” by SY 19-20, as measured on the PLC Self-Assessment Form.

The overall school PLC Rating Score on the Team Norms Indicator will move from the implementation level of “Implementing” in SY 17-18 to “Developing” by SY 19-20, as measured on the PLC Self-Assessment Form.

All students in grades K-3 will increase their achievement in Reading on the benchmark Assessment System from 65% in SY 17-18 to 75% SY 19-20 scoring at or above standard.

All students in grades 4-5 will increase their achievement in Reading on the Scholastic Reading Inventory from 72% in SY 17-18 to 82% SY 19-20 scoring at or above standard. 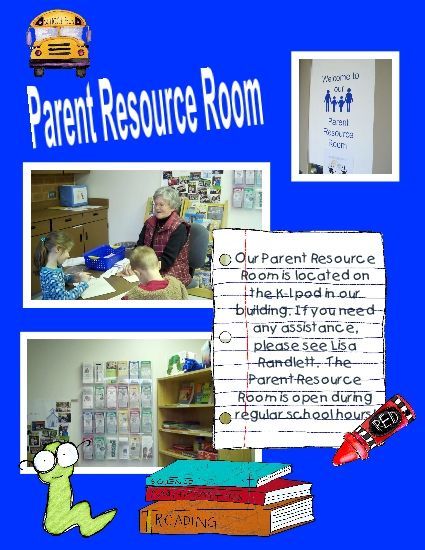