One of the joys of the model railway hobby is finding subject material crying out to be modelled. And Todmorden has some particularly rich pickings as Geoff Taylor has demonstrated with his models of the Queen Hotel and St. Mary's church. It always pays to have your camera handy, and never waste an opportunity.

And so it was when my wife detoured into the Health Centre on Halifax Road leaving me in the car. There are some nice looking shop frontages along the northern side of Halifax Road, including Border Books (interesting local history books in the window), which I thought I would snap. Only for reasons unknown, when the site was cleared for Lidle and the Health Centre, two proprieties were left standing in splendid isolation.

A number of modellers have created their own card kits in the style of Bilteezi using photographs. This is a good way of creating a lot of 'colour' quickly, but often its difficult to find a building that all four sides are easily accessible (and without trespassing or with bushes and trees in the way!).

I took a set of snaps for later study, and realised as well as the obvious large bush in the back yard, the cars parked around it in the Health Centre car park took a while to remove using PaintShopPro. Having spent a very enjoyable hour taking them out, I had a 'blinding flash of the obvious', which was to pop back on Sunday morning when the Health Centre was closed, and the car park empty.. Result!

What I particularly liked about these two properties was the dated exteriors and faded paintwork, so easily 'backdated' to the 1960s.

'But I don't have room to build a Model Railway!' 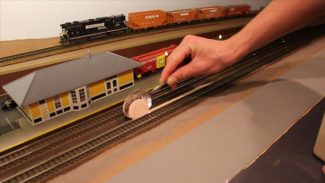 This article first appeared in the May/June 2004 issue of AMRA's 'Journal'.

A lot of people who call themselves Railway Modellers don't actually possess a model railway of their own. In many cases their excuse is that they don't have the space.

Anyone who says this to you is lying (and if they actually believe it then they are lying to themselves as well). No matter how little space that you have available, anyone who really wants a model railway of their own will find some way to do something in the space that they have.Model railways come in all shapes and sizes including very small layouts indeed. One of the web sites I have presented my Model Railway resource award to specializes in track plans for extremely small layouts and has a section containing several plans for layouts no larger than an A3 sheet of paper (in a number of different scales) and I can't see how anyone could fail to find at least that much space for a layout.

The real reason that many railway modellers don't have a model railway of their own is either that they don't consider themselves capable of building their own layout or they don't want a layout of their own. Let's consider each of these in turn. 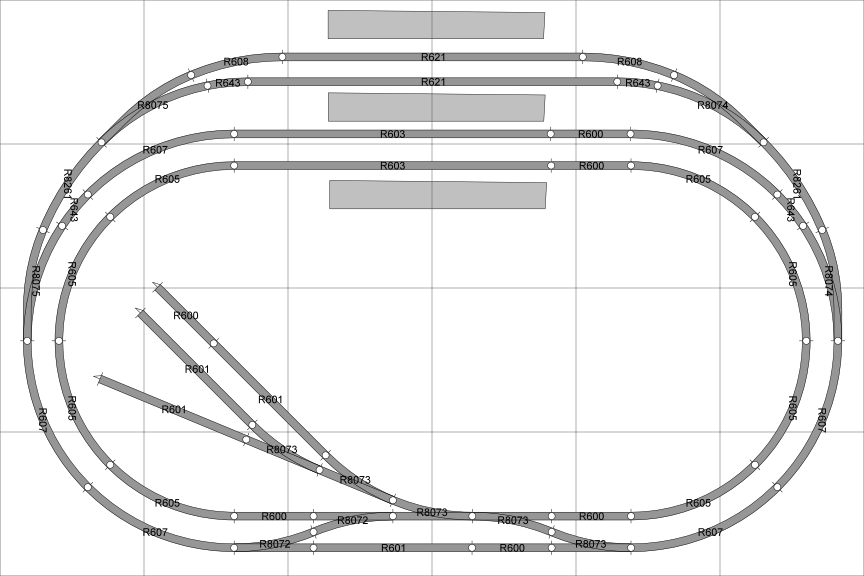 Many modellers who are short on space use that shortage as an excuse for not starting on a model railway because they don't feel capable of building one. They have seen many excellent layouts at clubs and exhibitions and know that they can't achieve the same high standard. Well neither could the builders of those layouts when they first started out. Modellers improve in their ability to build model railway layouts by building them. For those short on space who don't like the idea of building a micro layout, there is always the option of building one or more diaramas. Building a micro layout or a diarama has a number of advantages over building a conventional layout particularly for those who don't expect to achieve good results.

The main advantage is that a smaller model can be fully developed far more quickly than a larger model so the investment in both time and materials is much smaller than for a larger layout. This means that if you do make major mistakes during construction then the cost of wasted time and materials will be much less. Another advantage is that you wont have to wait as long to see the finished result making it less likely that you will give up part way through the project. Also regardless of the result that you achieve, you will not have invested so much time and money into the project that you can't afford to set the finished project aside and start on another one.

A collection of different micro layouts (built to higher and higher standards as your ability and confidence increases) would make an unique stand at an exhibition. A collection of diaramas could be even more useful since when you do finally find the space to build a complete layout of your own, many of the diaramas can be incorporated into the plan meaning that you will have already constructed a lot of the detailed features of the final layout.

So for those modellers who haven't started a layout of their own because they think they lack the ability, a lack of space isn't a disadvantage. Start small and you will soon find that you can build layouts at least as good as many of those that you have seen. 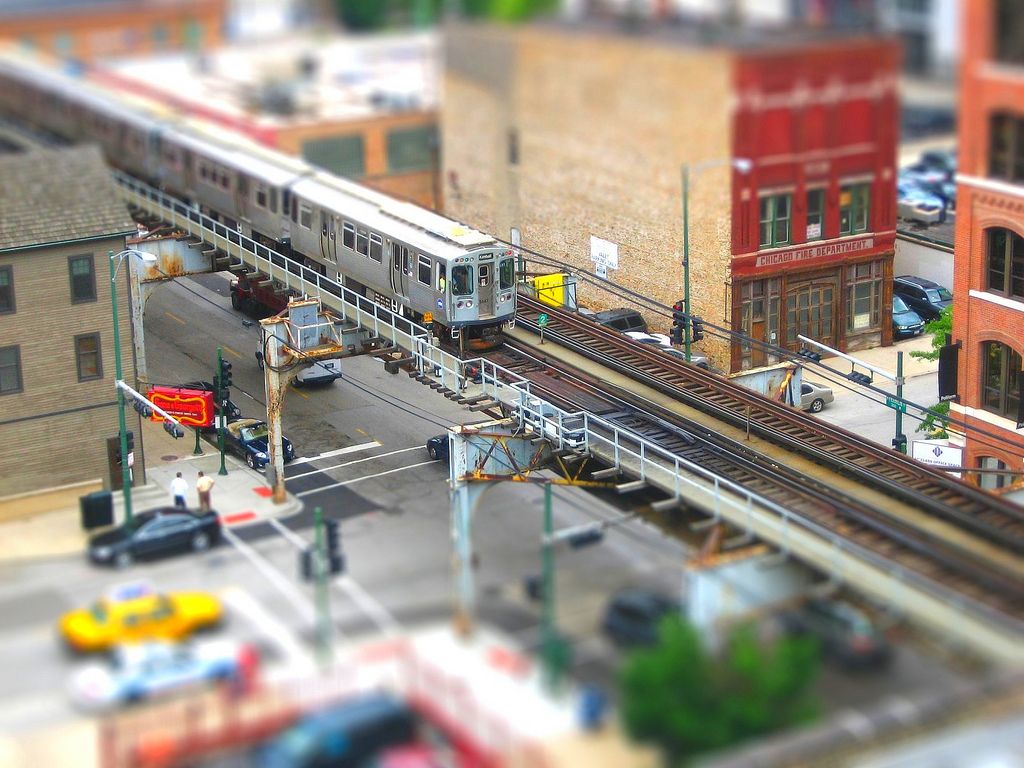 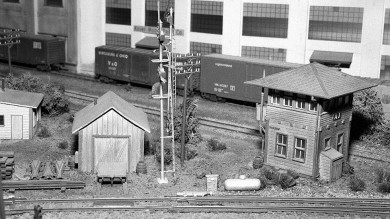 Often modellers are interested in a particular historical prototype. To these modellers it is just as interesting to research the historical facts about their area of interest as it would be to build and operate a layout based on that prototype. In this instance the modeller is not interested in building just any layout and they may not have sufficient space to build the specific one that they would have wanted.

Other modellers are interested only in operation. They want a large layout on which to run their trains. This is one area where belonging to a club can help since model railway clubs usually have the space to build a much larger layout than most of us could build at home. Also with the many members working together to construct the layout progress can be much more rapid in getting the layout finished than would be possible with a home layout, particularly if members are prepared to devote as much time to the construction of the club layout as they would have on the home layout that they decided not to have.

Perhaps modellers wouyldn't need to use lack of space for not having a model railway of their own if other modellers were more accepting that not all modellers want a layout of their own. Many modellers are quite happy to involve themselves with a club layout or enjoy researching more than they do construction. These researchers and club layout builders actually contribute significantly to the hobby and shouldn't need to make excuses for not havbing the desire to have a layout at home.

'But I don't have room to build a Model Railway!' You can build something in the space that you do have if you really want to and if your interest lies in other areas why not say so and stop using lack of space as an excuse.