When did you start painting?

i started writing in 1997. I messed around with graffiti prior to that at the skate parks

and in school on notebooks and desks just dicking around. But 97 was the year I started to actively paint.

Where are you from and how did you get involved with graffiti?

iam from the northeast . I first got into graffiti threw skateboarding, seeing it at the local parks and everywhere

we skated in the city, tags were within eye shot . There was one day I remember above the rest we used to skate

it Was mind blowing at the time to see a piece of real graffiti right in my face. That’s my first memory of good graffiti.

Me and a few friends started painting soon after and are still at it all these years later.

What would you call your style? what other writers or artists have influenced and inspired your work?

i would say my style was adapted from painting on freights.

I wanted DWEL to be highly readable on a passing trains or parked off the highway.

I have a long list of inspirations my main partner from day one is DRIFT ,

Everyone in my crew and the crews I am in have all been a huge inspiration, we all build off each other .

Being from the Northeast and seeing a lot of really good straight letters, guided my style in that direction from day one.

What keeps you going?

What motivates me is an easy question, I thoroughly enjoy the act of painting.

Its good times with good friends. Its something I feel I need to do to stay sane.

I think it’s a really strange obsession to have.

You gain nothing from doing it, never made a cent off graffiti, risk arrest and court fees and jail time.

It’s all to have a good time, but that’s what I like to do .

So be it. One of the few things in life I can depend to always be there.

Do you paint walls, freeways, other surfaces besides steel?

I paint fr8s mostly these days and recently been into seeking out spots no one else paints in the middle of no where.

I have done my fair share of subways, tracksides, highways,

I have and still hit the streets from time to time but was never huge street bomber .

Any yard fights or any chases?

one out of many chases comes to mind. We were way to comfortable at a yard up north.

We were in the yard 10 deep daytime 3 feet of snow on the ground. 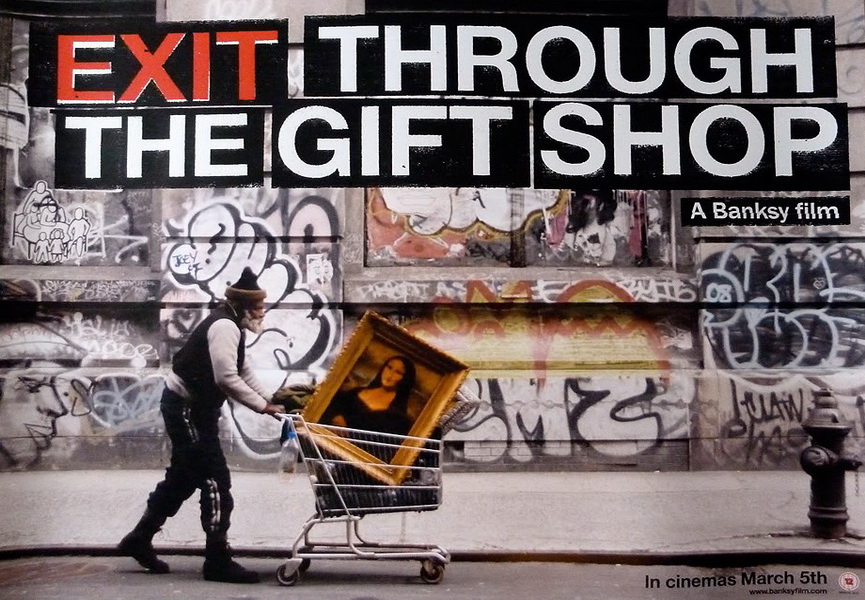 on the access road. We all start to run at the same time , and all of us instantly fall over in the deep snow,

cans and bags flying all over the place .finally get off the tracks run threw a warehouse hit the street 10 deep with

huge bags and latters and the whole nine yards .

Somehow we all got away but made for one funny slow speed chase threw the deep snow.

How were you put down with the krews you rep today?

ITD crew was started by me and Drift back in 1999. I was put down with Circle T by Aves, we are all a really tight knit group ,

not to many outsiders , we keep spots crew spots .

Was also put down in BMC by Space just by all of us painting together a lot.

What type of paint set up do you usually use?

I use mostly rusto, ill outline with fancy paint time to time.

I have been using drilled out ny fats for pretty much everything as of lately thanks Laqur .

also I get caps from Trout Art Supply.com

How do you feel about the new era of graffiti and trains today?

I feel good about a lot of new writers. there are so many younger writers exploring with older styles and creating really good work .

As long as people keep painting this will go on forever . And respect others that came before you ,

and everything is golden . As far as people starting to do graffiti to become sponsored or to get rich off this

is bewildering to me . wasn’t even an option when I started .

You should paint because you want to, plain and simple .

And if you paint for any other reason you will fade away if your hearts not into it .

How did you get into painting trains?

I got into painting freights from Spek and Arsn . and quickly learned to enjoy the fact that the trains traveled . 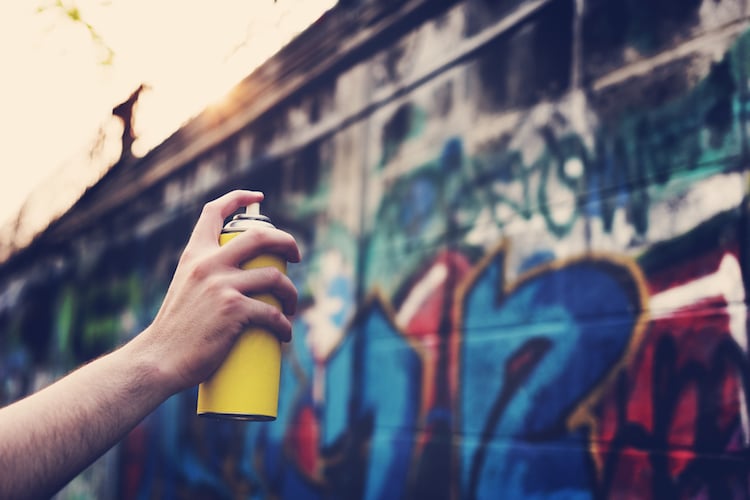 was a good feeling still is today . a few of my favorite cars to paint are autoracks ,reefers, boxcars ,

but ill paint any train that’s layed up .

Any tips you can give people that are just starting?

for a beginner is to just respect yards and writers.

Just keep your head down and paint.

Then years down the road you will be the older writer that sounds crabby bitching about the kids these days.

As long as I enjoy painting I will be out there doing it .

Thanks to the lady that doesn’t complain that I am out there doing it . see you on the rails .

Street art—you mean vandalism? No, thank you.” That was the response of a friend when I invited him to join me at the Museum of the City of New York for their recent exhibit, “City as Canvas.” His scruple was understandable but a little out-of-date. Graffiti was once something so furtive and illicit that the city of New York spent over three hundred million dollars to get rid of it in the seventies and eighties. Now, it is frequently celebrated, proudly Instagrammed, and blithely auctioned off at Sotheby’s. And put into fancy exhibits in museums.

My friend isn’t the only one to balk a little at this exhibit. “The most common question visitors ask when they come here,” a chatty museum guard tells me, “is—does this exhibition endorse street art?” But I wonder how well a venerable institution can represent what is, after all, vandalism. How can the works of graffiti artists like Keith Haring, Futura, Lee Quiñones, Lady Pink, and Daze be museum’d?

The Museum of the City of New York is a very respectable Georgian-style mansion, with marble steps and columns richly ornamented with ionic volutes. At the entrance, a chandelier sparkles in front of a grand staircase. The top floor exhibit is dedicated to New York’s turn of the century “Gilded Age” with displays of the jewelry, costumes, and extravagance of New York’s Astors and Vanderbilts. It’s at the bottom of the museum, far away from these riches, that one can find the late downtown artist Martin Wong’s collection of street art.

The door of the exhibition hall opens to display a thirteen-foot-tall black wall. Hundreds and hundreds of silver aerosol spray cans are stuck through the wall in the shape of a neat square. On another wall, a graffiti-covered subway train has been printed. It is about one third the size of an actual train.

Altair port devices driver download for windows 7. Trains feature heavily in the exhibit: When graffiti first appeared on the subway in the seventies, onlookers felt amazed but also intimidated by it. Other walls display photographs of real graffiti-covered trains. A train from the Cold War reads “stop the bomb.” A map of the U.S. stands in direct opposition to a map of the USSR. Two hands reach towards each other against the backdrop of a bright hellfire. At the center of the hall, a projected subway train glides over a bridge.

Further into the exhibit, a row of glass displays is dedicated to a collection of “black books.” Those are diaries where graffiti artists kept their sketches. Quotes of graffiti advocates and critics are on display. There’s a pro-graffiti Andy Warhol quote from 1980. Then from 1982: “That Andy Warhol, the stylish philistine, has said, ‘I love graffiti’ is almost reason enough to hate it,” says Paul Theroux in New York Magazine.

This polished and almost clinical order would probably seem strange to everything it is showcasing—the street art, the spray cans, Andy Warhol. Indeed, it seems strange to the visitors, who seem a little at a loss. Some of them take pictures of the spray cans. They walk around the glass displays slowly, peer through the glass, and point. 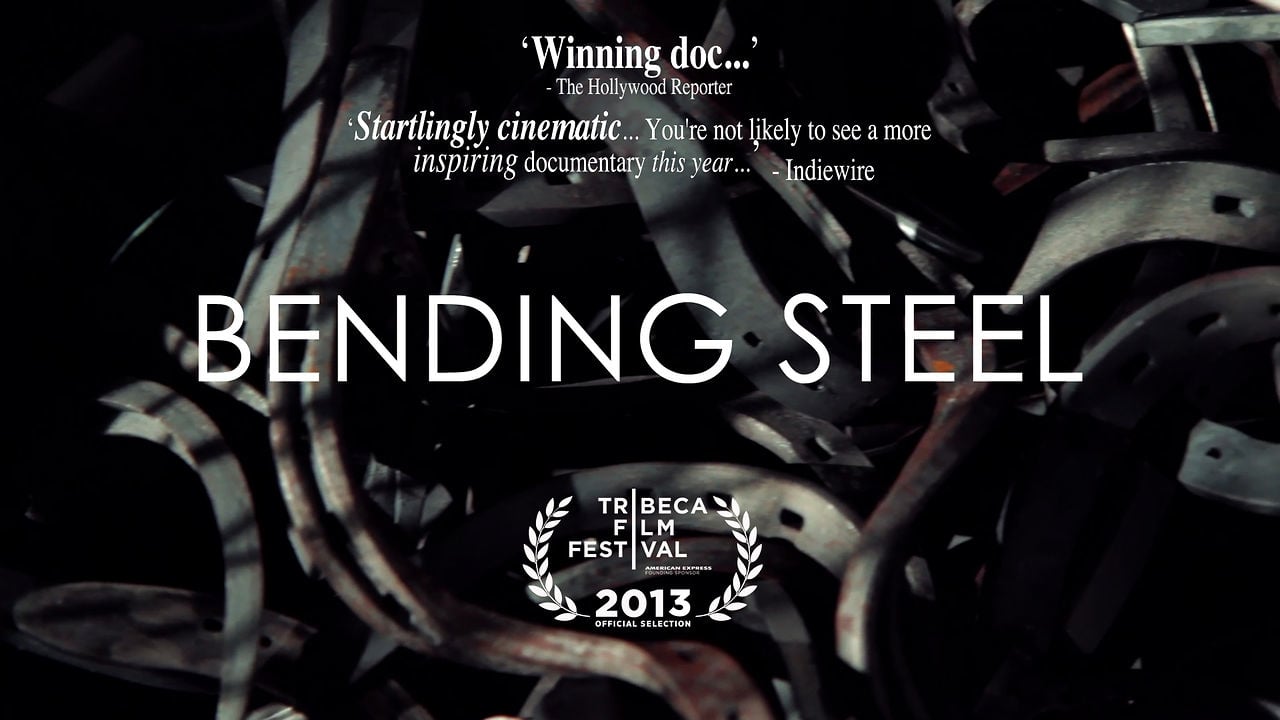 “Do you know where I could go to see some of this stuff in the city?”

“We had many places that were demolished, and then there was 5Pointz . . .”

“Yeah, I heard about that.”

Whenever you see a building going up in New York now, it’s either glass or steel,” said Daze, one of the artists exhibited at City as Canvas. “Neither one of those materials are conducive to painting on.”

5Pointz, a warehouse in Queens, was the perfect canvas. Its outside walls, rooftops, and indoor halls as well as trucks parked outside were its showcase. Artists from all over the U.S., Canada, Switzerland, the Netherlands, Japan, and Brazil had covered it in graffiti and made it their mecca for spray-can art. Their murals might remain up for a week or a year before being painted over. No artist was turned away.

In August 2013, the New York City Planning Commission unanimously voted in favor of residential development on the 5Pointz site. Proprietors and artists filed a lawsuit and held a rally to collect petition signatures to protect the building from demolition. But on the thirteenth of November, 5Pointz was unceremoniously whitewashed in the dead of the night.

What have the last months brought to graffiti on walls around the world? Nothing good. Local artists in Shanghai were saddened to see the demolition of the Putuo district’s Moganshan Road wall—Shanghai’s biggest graffiti wall at the end of last year. Banksy’s mural of two policemen kissing has fetched $575,000 at an auction in Miami last month after being removed from the wall of a pub in Brighton, England. In Melbourne, a network of 190 lanes with cafes, art galleries, and jazz clubs surrounded by street art, often featured on promotional campaigns for the city, is slowly being sold to property developers by the city council. Street art is more lucrative than ever, but it’s being forced off the streets.

Writing on walls is not a new phenomenon, but an ancient one. The word graffiti comes from the Italian word for “scratched.” And such scratched unsanctioned contributions can be seen etched into the walls of Pompeii and the Acropolis of Athens.

When graffiti as we know it today arrived in New York in the 1970s, the movement consisted entirely of “tags,” stylized versions of artists’ names by which their work can be identified on the wall. Street art developed from tags into elaborate pieces and murals, as many graffiti artists graduated from fine arts colleges. Together with rapping, break dancing, and DJing, graffiti was foundational to a vibrant youth culture emerging from New York to fight the prevalent drug and gang culture on the streets.

But while these other subcultures can be transported to the stage and the studio, street art is at home in the street. There, it can communicate with passersby. In a museum, what does street art have to say?

As I walked out the museum and down the marble stairs, I felt I had looked at something emptied-out and previously glorious—like the left-behind shell of a cicada, or the aftermath of a party. Or, well, a picture of a train covered in political graffiti, long after its moment had come and gone.

The exhibit “City as Canvas” will be available to view at the Museum of the City of New York until August 24, 2014. Learn more here.

Marina Gerner is writing a PhD on cosmopolitanism at the London School of Economics and is currently a visiting scholar at Columbia University. Her writing has been featured in Intelligent Life Magazine, Standpoint Magazine, The Times Literary Supplement, and the New York Observer. Image from Museum of the City of New York.