Happy's parent company is the Belgrade-based Invej, which also owns many business entities that often serve as sponsors of the program, which is owned by Predrag Ranković.

Happy was previously called Košava, the latter once owned by Marija Milošević, daughter of Slobodan Milošević, Serbia's authoritarian president in power during the 1990s. Marija Milošević sold her ownership in Kosava TV to lawyer Borivoj Pajović, who was at the time President of the Board of Directors in the daily newspaper Blic.

After a couple of ownership changes, in 2006 the Regulatory Authority for Electronic Media issued Košava with a license with national coverage, which was shared with kids channel Happy – while Happy aired exclusively kids programming in the morning, Košava broadcast informative and current affairs programs in the evening. At that time, REM's (then RRA) decision was disputed since neither TV stations had the capacity for national broadcasting, unlike, for example, RTL which competed for a license but was not issued one. In 2007, Predrag Ranković, known to the public for involvement in shady business deals, bought part of Kosava, although his name was never mentioned in formal ownership documents. In 2010, Košava bought Happy, and Košava changed its name to Happy and started to broadcast as one program. Former kids channel Happy changed name to Happy Kids, but channel closed 2017.[1]

Happy started getting a high viewership because of its TV series and movies airing, most because of Turkish drama series and Latin American telenovelas. Since its beginning, Happy has been made several reality TV shows, with Parovi as most popular of them. Reality show Parovi got Happy huge success and big viewership, but also a big criticism.

Happy TV has shown many international and domestic movies, which have been shown with great result with big viewership not only in Serbia but also in the Serbian diaspora where Happy TV is present. It has aired latest box-office hits in United States.

Since start, Happy TV has made several reality shows in co-operation with Emotion Production, and as result of it they broadcast a local version of internationally well known Wife Swap, called Menjam ženu, which had been broadcast earlier on RTV Pink. They also made a Serbian version of Wheel of Fortune called Kolo sreće,[2] and later show called Soba sreće.[3] 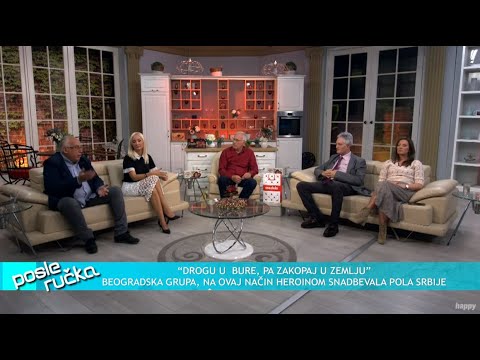